Red squirrels were once a common sight across the UK, but their numbers severely declined during the 20th Century and active conservation efforts were needed to protect them. Red Squirrel Awareness Week aims to highlight their plight and celebrate the wonderful work of volunteer groups, organisations and projects striving to save them.

During this week, 23-29 September, there are activities and events planned by a variety of these important groups and projects in different areas of the UK. Some of these are being collated and promoted via the UK Squirrel Accord events page on Facebook.

As Scotland is home to more red squirrels than anywhere else in the UK, you have more chance of seeing one there than anywhere else. During this week Saving Scotland’s Red Squirrels is asking people to report red and grey squirrel sightings as part of their Great Scottish Squirrel Survey. They are also running a few events around Scotland.

Thanks to conservation efforts, Anglesey now supports a thriving population of red squirrels that are doing so well they are spreading out onto the mainland. Join one of the National Trust’s red squirrel walks at Plas Newydd House and Gardens this week and every week into November, to find out more from their red squirrel rangers.

Red Squirrels Trust Wales has been instrumental in returning the red squirrel to Wales. On Tuesday 24 September, they have a fundraising evening with Iolo Williams planned in Bangor to discuss wildlife conflicts and crimes. 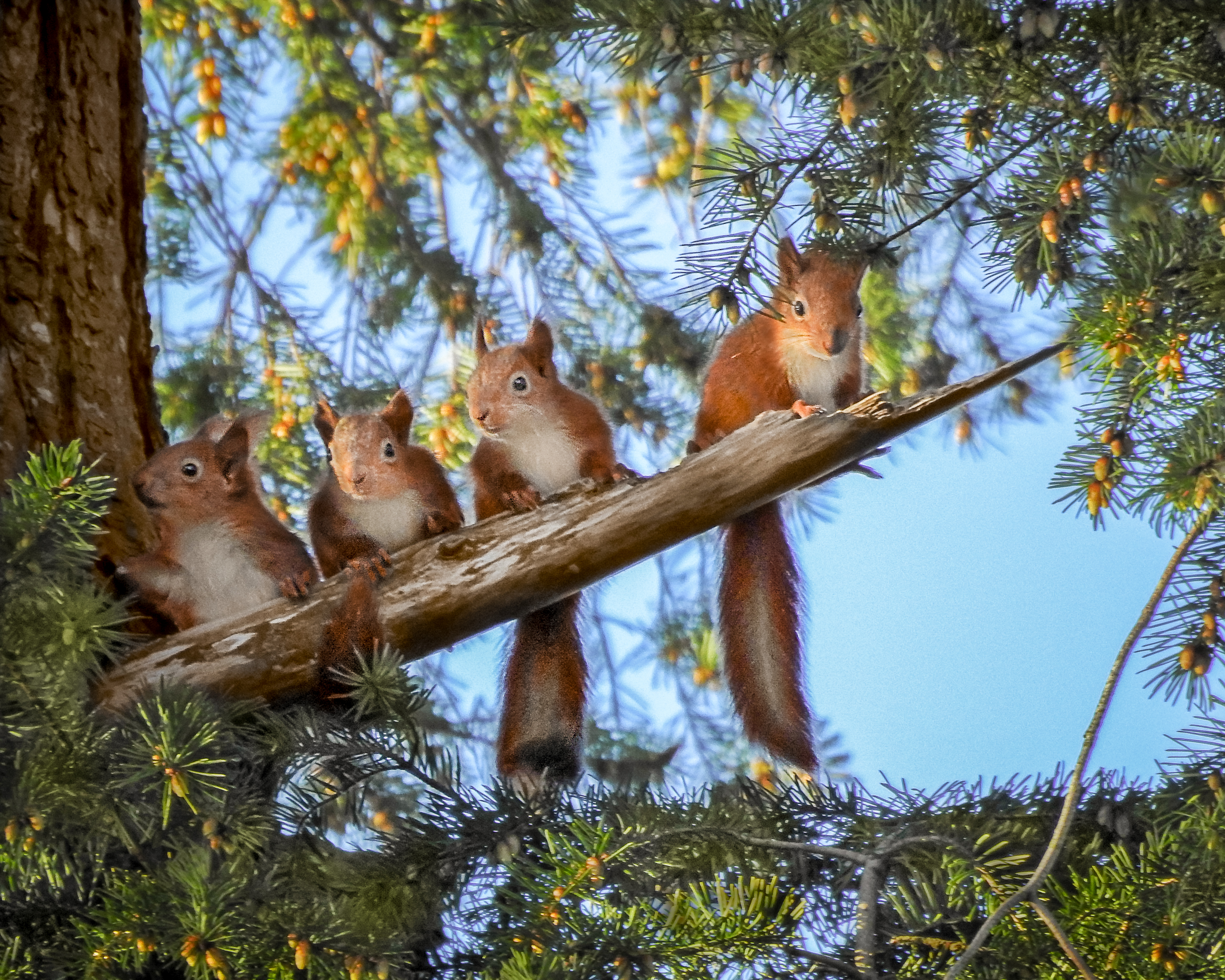 The Glens Red Squirrel Group has their Cregagh Wood red squirrel safari and hide visit on Saturday 28 September. Join them for a short walk to spot red squirrels and other wildlife in the wood.

Carnfunnock Country Park is becoming a new home for red squirrels. The Ballygally Biodiversity Group, with support and expertise from Carnfunnock, Cairndhu Golf Club, Belfast Zoo and Ulster Wildlife, is working to release red squirrels into the area. They will be moved from the zoo and spend a week in a soft-release pen, then they will be released into the wild. A team of volunteers will monitor their progress and provide supplementary feeding to help them establish.

Red squirrels can still be found on island refuges like the Isle of Wight and Brownsea, but they would likely have been lost from mainland England without the dedication of volunteer groups and projects around the country.

If you live on or are travelling to the Isle of Wight then you could help the Wight Squirrel Project collect data on the location and health of red squirrels. Download their free Wight Squirrel Observations app on Epicollect5 to record and submit sightings.

You may not be able to get to an event or see a red squirrel, but Red Squirrels United has created a series of webinars and videos with various stakeholders that you can enjoy instead. Learn about woodland management for red squirrels, how dogs can help red squirrel conservation, how to use wildlife cameras and GIS, and much more. They also have a number of events you can take part in.

We are still fundraising for our fertility control research to provide a non-lethal management method for controlling grey squirrel numbers to support red squirrel conservation. We are nearing the end of the second-year of research and progress is promising.

Soon we will update you on our key achievements so far, but if you would like to and can help us complete this important work then please donate - thank you.

No matter where you are, hopefully you manage to enjoy and celebrate Red Squirrel Awareness Week in your own way. Best of luck spotting a red squirrel, joining events around the UK or just keeping up-to-date with activities to secure their future. If you take any photographs you would like to enter into our photography competition, deadline 04 October, then please see our last blog for details.