Reclaiming Reds is a recently launched project funded by the National Lottery Heritage Fund. It aims to directly connect the public with strategic conservation action to pave the way for red squirrels to thrive once again on the Knowsley Estate and surrounding areas.

A green refuge in the heart of a predominantly urban area, the Knowsley Estate has always been home to the native red squirrel, Sciurus vulgaris. The estate combines exceptional natural habitats with a concerted effort to manage the landscape in favour of red squirrels.

Surveys documented the species’ presence on the estate, with sightings between Knowsley and the local stronghold along the Formby coastline monitored by way of submission to Merseyside BioBank, the Local Environmental Records Centre. The sightings suggested a degree of migration between Knowsley and the stronghold itself, which is carefully managed by Lancashire Wildlife Trust.

The last sighting of a red in an official survey was in 2015. Trained staff made observations out with the surveys in 2017, but red squirrels have sadly not been recorded on the estate since - despite an intensive camera trapping effort from 2017 onwards. The specific driver of this localised extinction is currently unknown. However, the spread of infectious disease facilitated by grey squirrel presence and grey squirrel competition reducing red squirrel fitness, breeding and juvenile recruitment (3,4) are the most likely causes. 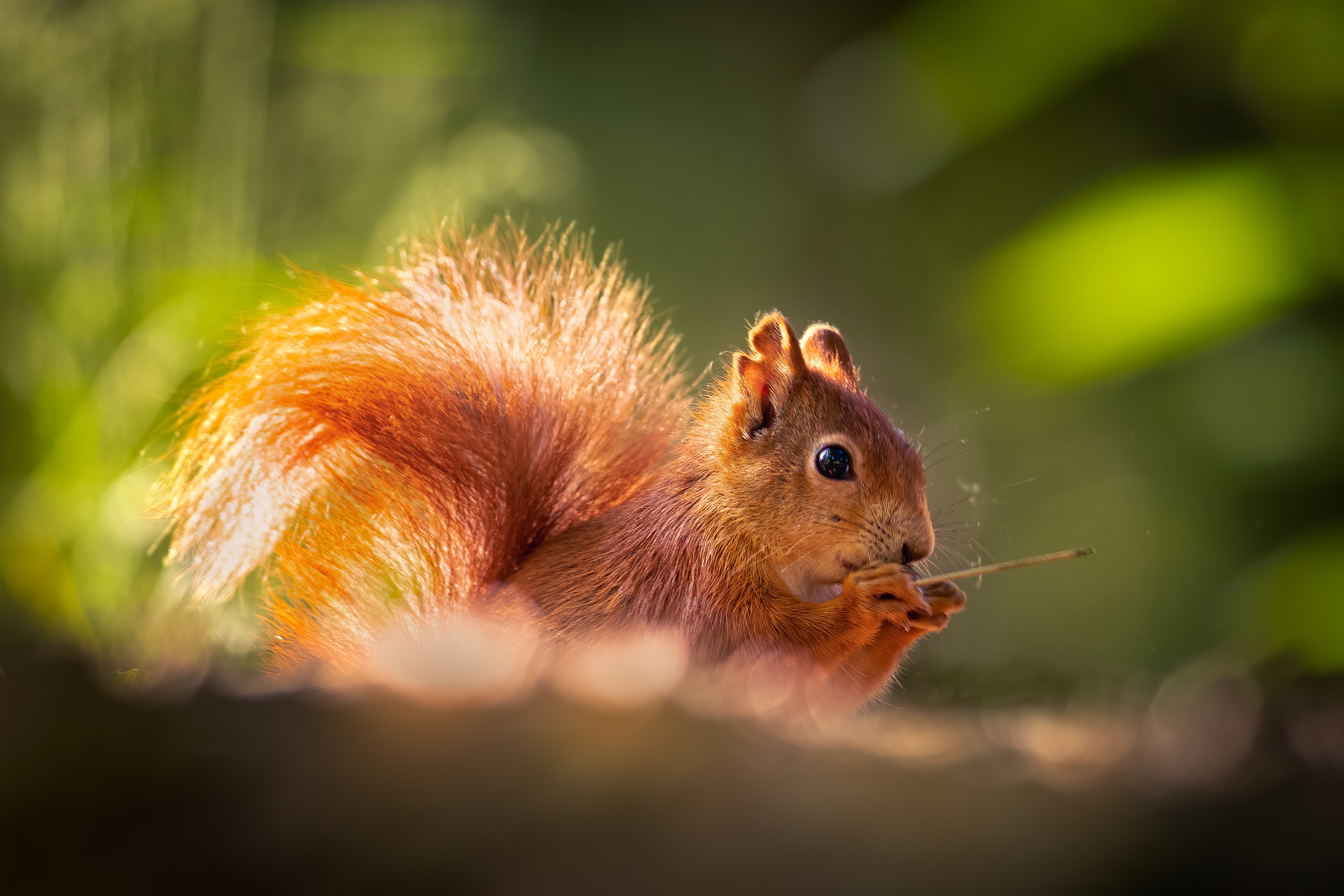 Reclaiming Reds is a two-year National Lottery Heritage Fund funded project which aims to pave the way for red squirrels to thrive once again on the Knowsley Estate and surrounding areas. A two-stranded community engagement programme within Reclaiming Reds will give the opportunity for a wide array of people to get involved with the project; from basic learning opportunities through to volunteering to be trained in the relevant skills needed to directly act and contribute to the delivery of all elements of the project.

Using successful projects from around the UK as models (5,6), Reclaiming Reds will begin to reduce grey squirrel numbers on the Knowsley Estate and surrounding areas, harnessing the support of trained volunteers to undertake monitoring and management. Reducing grey squirrel numbers in an area is evidenced to simultaneously reduce two key threats grey squirrels pose to red squirrel survival: resource competition and disease (7).

The long-term goal is the creation of a low-density grey squirrel corridor between two red squirrel strongholds, one being the Knowsley Estate and the other Formby.

Long term really is the key phrase to keep in mind when we think of red squirrels being able to thrive again at Knowsley. Two years is the a blink of an eye in conservation terms and it is unrealistic to imagine red squirrels will fully return within the lifetime of Reclaiming Reds. However, this project provides the first steps to giving red squirrels a future at Knowsley, paving the way for future conservation action.

What we can say for certain is, whatever course of action is taken after the initial Reclaiming Reds project we know it will be driven by robust research that creates an evidence base for action to save red squirrels in the area.

You can find out more about Reclaiming Reds, including volunteer opportunities, on our website: https://reclaimingreds.co.uk/

And get the latest updates on social media:

Bridget Johnson is the Research and Conservation Manager at Knowsley Safari, which works in partnership with Knowsley Safari Foundation to deliver Reclaiming Reds and ensure a future for red squirrels in the area.