The Isle of Wight has long been a haven for red squirrels, Sciurus vulgaris, thanks to the, just substantial enough, stretch of water known as The Solent, that separates the island from the mainland. The presence of the Solent and lack of any fixed connection (bridge or tunnel) to the mainland makes The Isle of Wight a very important stronghold for English red squirrels.

In the UK, our native red squirrel’s story is inextricably linked with that of the eastern grey squirrel, Sciurus carolinensis, introduced from North America. Greys have not taken over on the mainland only because they are the larger more aggressive species but also because they outcompete the smaller red squirrels for both food and territory.

In addition to this, greys carry, but rarely contract, a devastating disease – squirrelpox virus. Reds contract and almost always die of this virus, which spreads through the population extremely quickly, but it does not affect greys. The time between seeing the first grey in a red-only area and the complete disappearance of reds is approximately 15 years.

The Isle of Wight is fortunate in having the Solent as a barrier to direct grey squirrel invasion. Although the odd grey has mysteriously found its way onto the Island in the past, any incursions have been quickly and successfully in dealt with to protect our native reds. 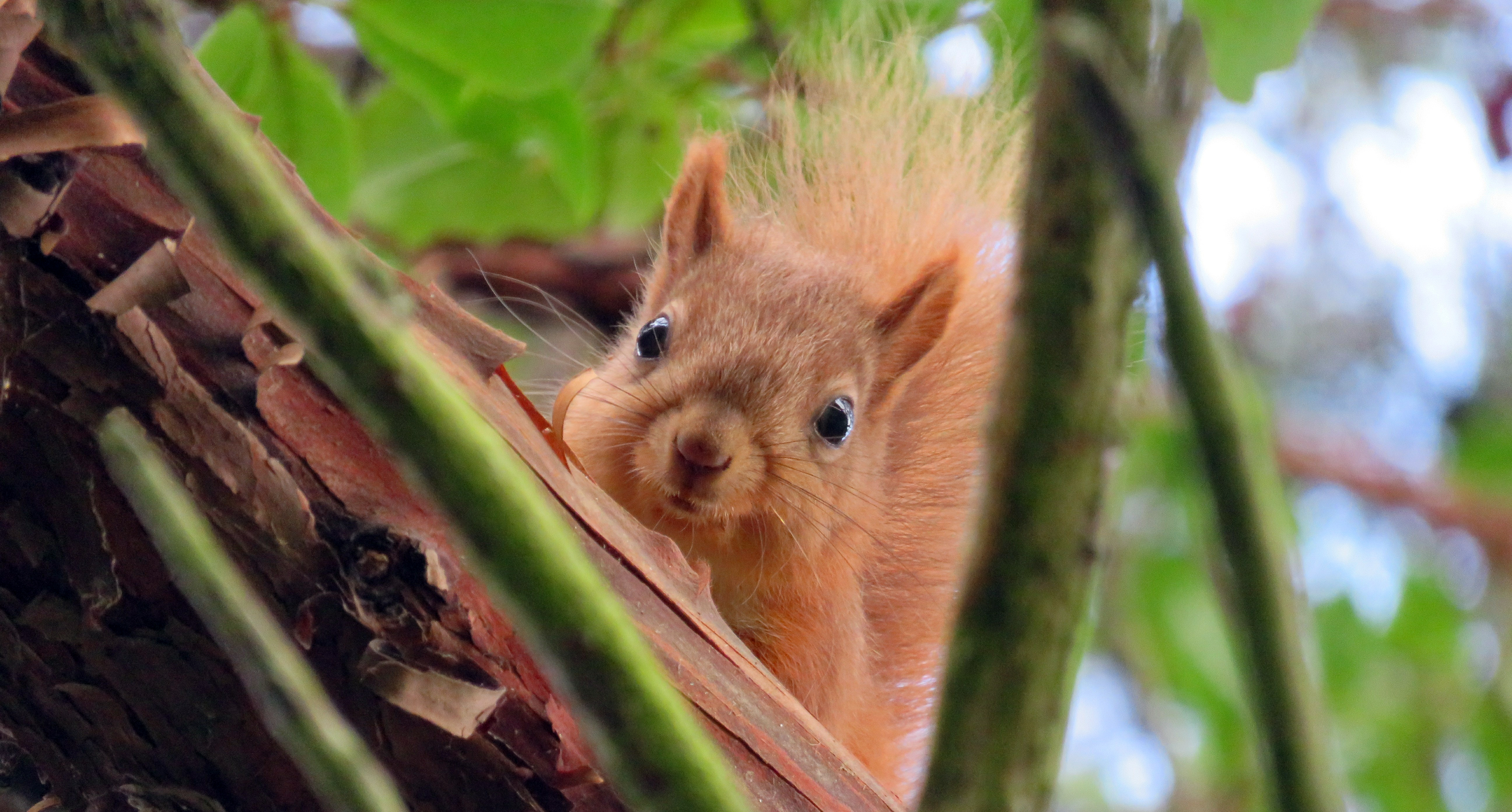 Isle of Wight red squirrels are genetically most closely related to other British squirrels from the south of England. There is even a possibility that Brownsea and Isle of Wight populations might be remnants of the original British red squirrel population, as there is no evidence of introductions on these islands.

In other parts of the country, releases of red squirrels from continental populations appear in historical records to boost British numbers following declines due to habitat destruction and persecution – prior to the release of the grey squirrel. Although more evidence would be required to be sure, at present there is no sign of Scandinavian or European origins on the islands.

On the Isle of Wight, there are a number of locations where inbreeding is suspected and a study of the results does indicate the parents of several squirrels autopsied were closely related. However, to date there are no obvious signs of abnormally large numbers of red squirrels with ill-health. As with any population of a species, there are congenital defects. However, on the Isle of Wight, there is no ‘hotspot’ for this and only the very occasional birth defect is found islandwide.

One of the greatest threats to the survival of red squirrels both on and off the island is the destruction of their habitat and the corridors that connect these areas of woodland. The Isle of Wight is an area of 380km2 with a population of approximately 140,000 people. The landscape is largely agricultural (approximately 66%) with woodland areas of 12% (Forestry Commission 2002). Only 2% is of ancient and semi-natural woodland (ASNW) and, of course, there are human settlements and tourist attractions.

Ancient and semi-natural woodland is of high conservation value, with many species, including red squirrels, dependent for their survival on quality, well-managed woodland. Fragmentation of woodland and hedgerow loss has been identified as detrimental for the survival of red squirrels (Rushton et al. 1999). Around 60% of the Island has some form of conservation designation but this does not give 100% protection from development or other land-use change.

It is for these reasons that the Wight Squirrel Project is working with The Isle of Wight Red Squirrel Trust to raise funds to purchase an area of established woodland or land to create new woodland as part of their quest to preserve the habitat of the island’s red squirrels and contribute toward their conservation. To donate to our Red Squirrel Woodland Project click here for our Just Giving link – thank you for any support.

It is crucial that we maintain this incredible UK stronghold for red squirrels, not only for the protection from grey squirrels afforded them by the Solent but also the uniqueness of the local gene pool here. If you would like to delve deeper into the history and current status of red squirrels on the Isle of Wight (and beyond) then you may wish to read the reference document used for this article. 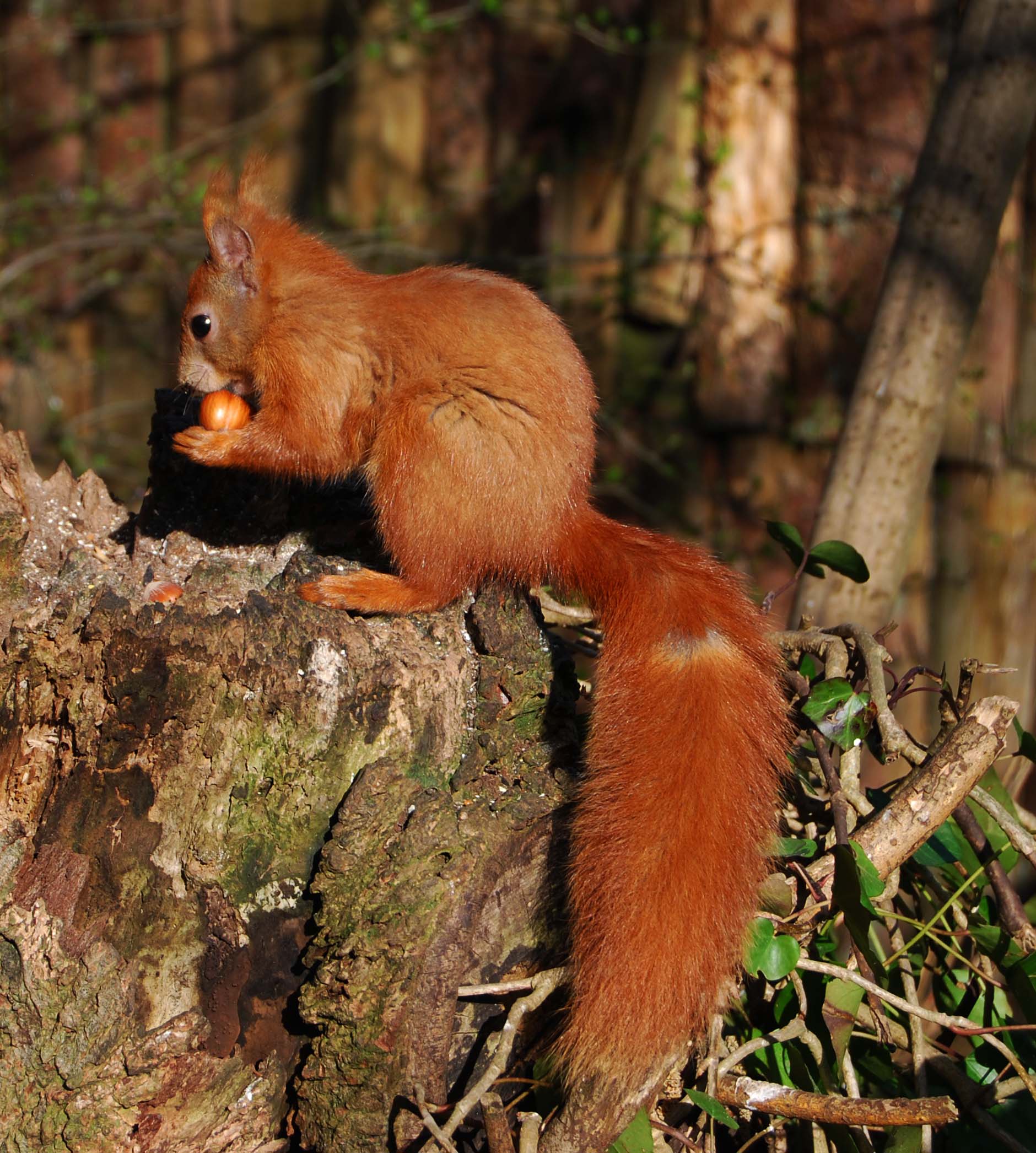