Fertility research - news from the field

As a partnership, the UK Squirrel Accord is fundraising for research into an oral contraceptive for grey squirrel management. This research is conducted by the Animal and Plant Health Agency (APHA) and is still achieving results, despite the current pandemic.

The project on oral contraceptives for grey squirrel management is currently in its third year. While the pandemic has made things more challenging, it has not prevented an important part of the fieldwork being carried out over the summer. After lockdown, it also enabled the team to get out in the woods and enjoy the outdoors. 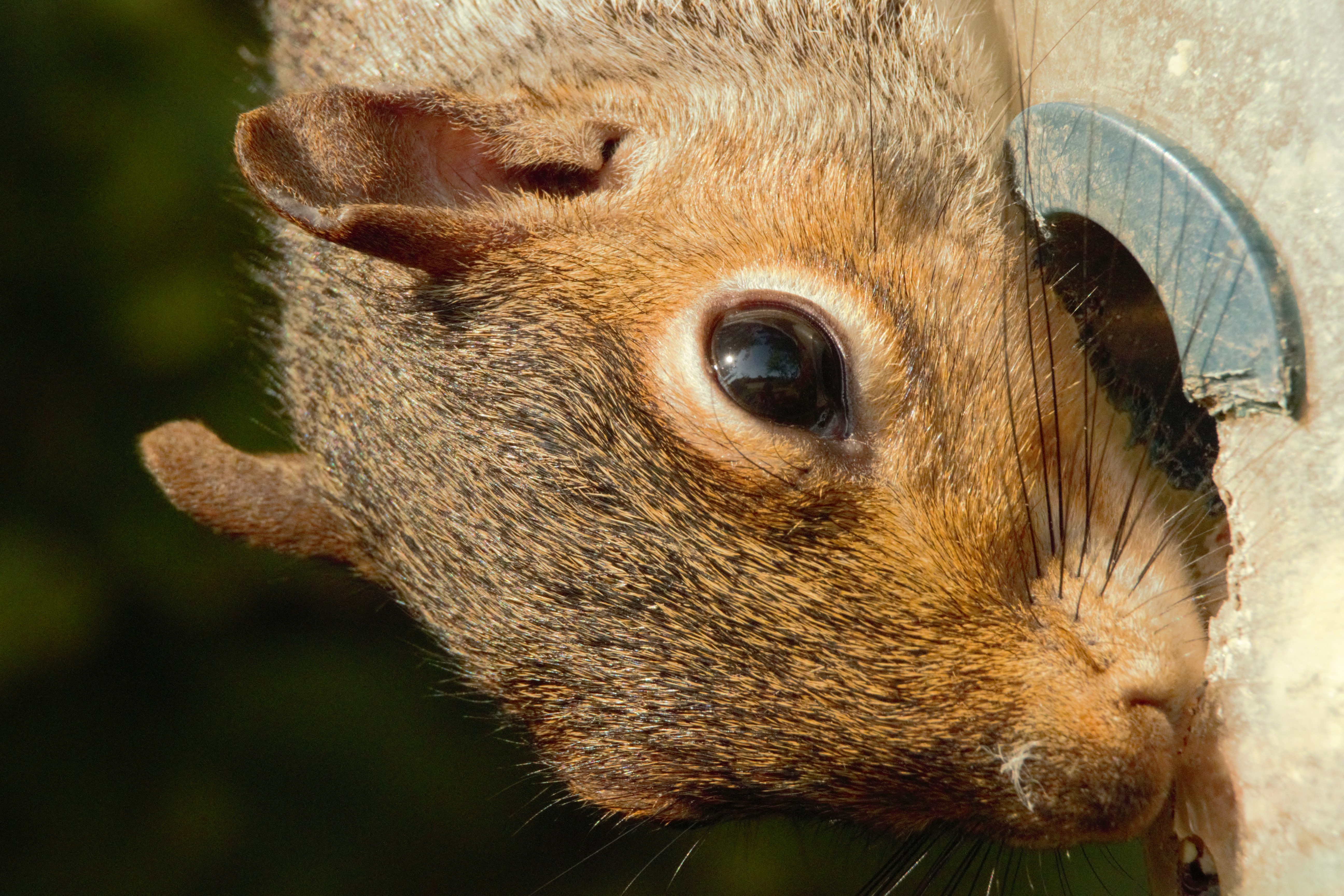 Originally two field trials were planned for 2020, both aimed at optimising the delivery of bait to grey squirrels. The first trial, due to start in May, aimed to test whether the bait hopper could exclude red squirrels, while still allowing access to bait by the majority of greys. This would enable operators to deliver a bait containing a contraceptive in areas where both species exist and where red squirrel populations are most threatened. As the work was to be conducted by volunteers, trained by APHA staff, COVID-19 restrictions on social distancing resulted in it being postponed by a year.

Thankfully the go ahead was given for the largest and most complex field trial to date. The main aim of this work, started in July, was to assess patterns of bait uptake and amount of bait consumed by individual grey squirrels. The results will answer questions such as:

This information will ultimately be used to formulate a bait that contains the most effective dose of contraceptive for grey squirrels.The trial centred on using the grey squirrel bait hopper with an integrated microchip reader, developed in collaboration with NatureCounters. 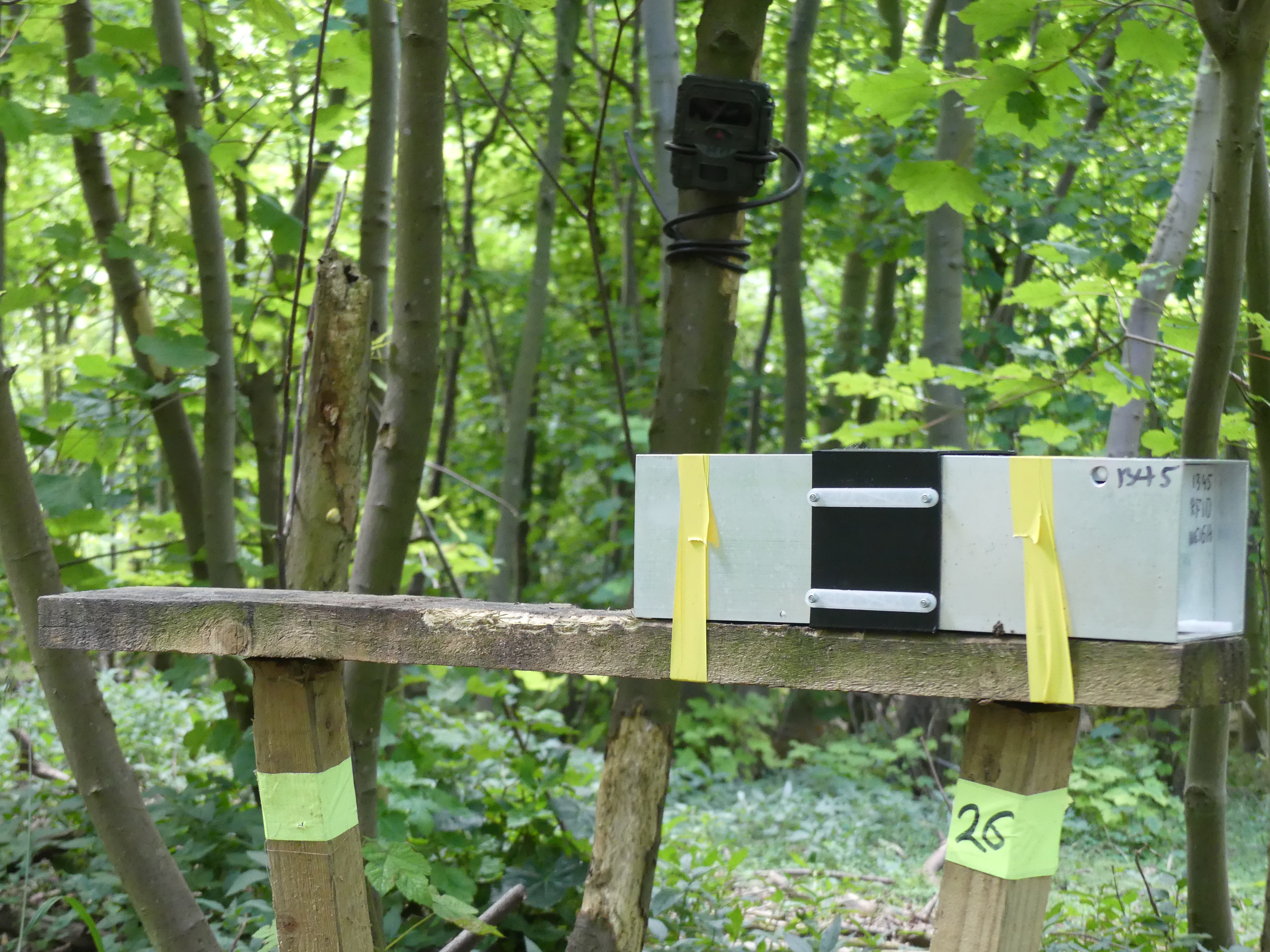 The 2017 field trial, conducted in two 8 hectare (ha) woods in winter, showed that 92% of the grey squirrels that were microchipped and released visited the hoppers, with females and males feeding on average from four and six different hoppers respectively. These promising results showed it was possible to deliver repeat doses of a contraceptive to the majority of grey squirrels in a wood. The aim in 2020 was to test this in a larger, 15 ha, area of woodland in summer.

Work was conducted in a beautiful area of mature woodland in East Yorkshire, with beech and ash as the predominant tree species. The first visit to the wood revealed a wide range of wildlife in residence, including roe deer, hare, buzzards and badgers. However, the most noticeable aspect of the wood was the substantial grey squirrel damage to the trees. Extensive bark stripping was recorded on many dead branches hanging from trees and entire trees lying dead on the ground with evidence of damage.

A tree damage survey was conducted using methodology created by The National Forest, which confirmed bark stripping occurred in most areas of the wood. At the same time remote cameras were placed across the wood to estimate the squirrel density through an index developed by APHA in earlier field trials. In the future, these data can be used to quantify the association between squirrels densities and tree damage across woods.

To collect data on individual feeding visits in the wood, grey squirrels were trapped and microchipped. The animals were then released under a Natural England licence. To ensure the safety of both APHA staff and squirrels, full protective equipment (visor, facemask, gloves and apron) was worn to microchip the animals in a pop-up lab. The set-up worked well and 88 grey squirrels were microchipped and released over five days.

The following week 45 hoppers were deployed across the wood. Previous field trials at this density with a bait marker recorded bait uptake from the hoppers by 77% and 83% of the squirrels in two woods in summer 2018. The hoppers were baited for one week with hazelnut paste, then for four consecutive days with hazelnut paste mixed with the bait marker - a dye that when ingested, causes squirrel hair to fluoresce under UV light. The marker is used to assess bait uptake by the local population of squirrels, which include the animals that were not trapped.

For this study, a novel device was fitted on the hoppers that could weigh the amount of bait removed every time a squirrel fed from a hopper. The data will be used to formulate the optimal contraceptive dose per squirrel.

During the four days of baiting data was gathered on the numbers of feeding visits, the average amount of bait taken and the number of hoppers visited by individual squirrels. This data will be related to factors such as sex, reproductive status and age, and will be used to inform how a contraceptive bait would affect a population of grey squirrels.

A week after the bait marker was deployed, the weight was increased on the hopper door that is used by squirrels to gain access to the bait. The hoppers record the date and time the door is opened and each hopper was monitored using a remote camera, to identify whether a squirrel or another animal opened the door. This information is needed to see whether the increase in door weight still allows the majority of grey squirrels to feed from the hopper. The ‘heavy-door hoppers’ will be deployed in the red squirrel trial planned for next year, to assess if red squirrels can be prevented from accessing and feeding from the hoppers.

Along with the more lab-based research, the team is now processing the many files of data collected during the last months and planning for fieldwork in 2021.

UK Squirrel Accord is still fundraising to complete the project, which will ultimately benefit red squirrel populations, tree health and wider biodiversity. Click here if you can help. All donations are appreciated - thank you. 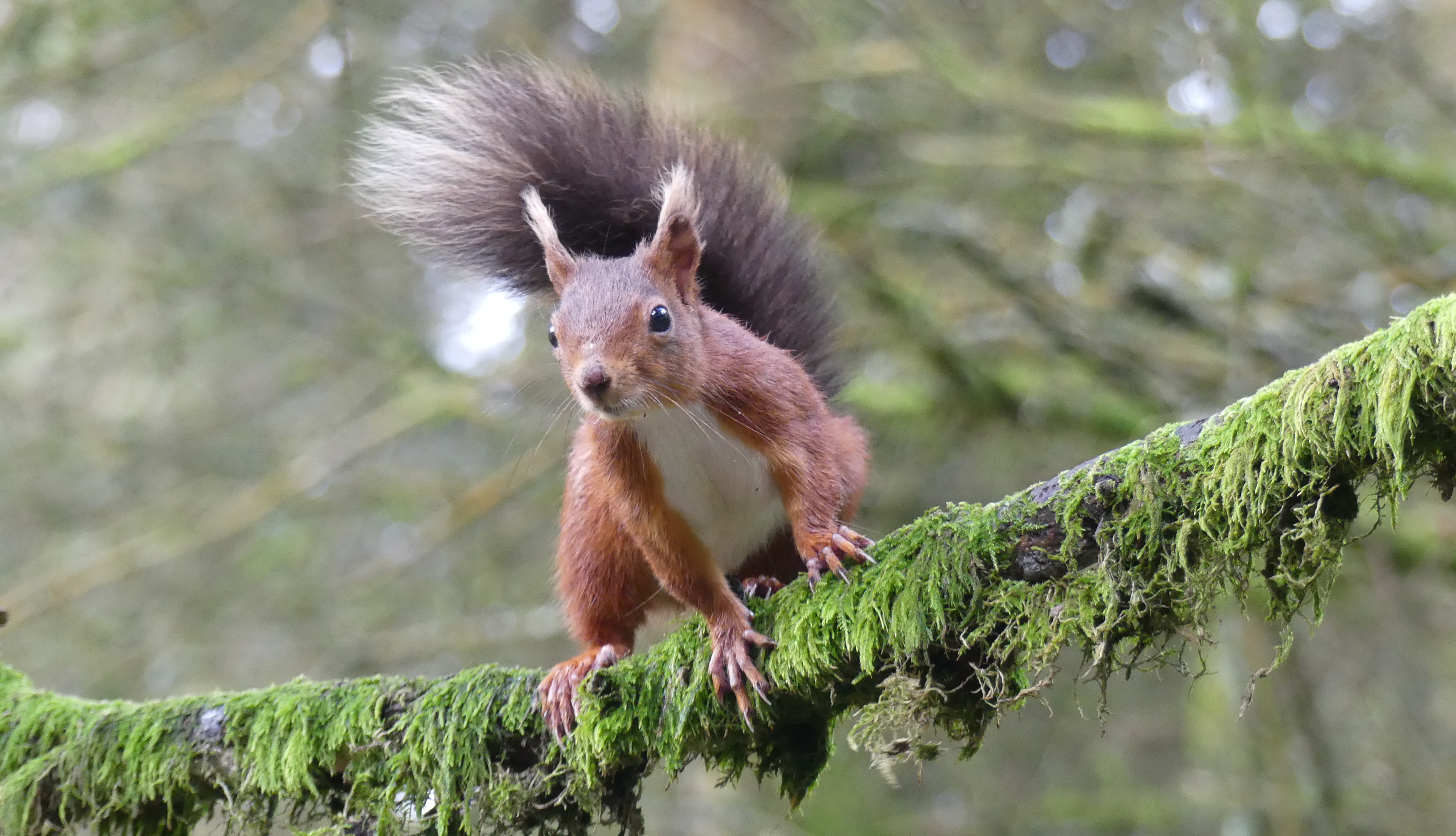 Sarah Beatham is a wildlife ecologist for the National Wildlife Management Centre at the Animal and Plant Health Agency. Her variable work has included estimating the abundance of wild mammals in Kosovo using camera-traps and capturing an escaped raccoon in Sunderland. Now she mainly works on the field delivery aspects of the UK Squirrel Accord grey squirrel contraceptive project, which is also the basis of her PhD with Durham University.