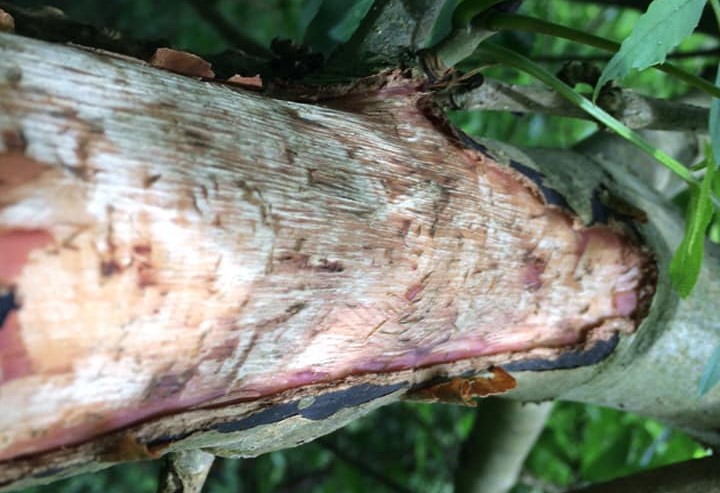 UK Squirrel Accord is gathering visual evidence of grey squirrel bark stripping damage to broadleaf trees. We are looking for photos or videos of bark stripping in action, or the subsequent damage caused to trees. If you can help, please get in touch and email images or footage directly to info@squirrelaccord.uk or use Wetransfer to send larger files.

Grey squirrels bark strip trees between April and August each year. Damage to trees can be more obvious at this time of year, as vulnerable tissues are newly exposed beneath the protective outer bark. This damage stresses and weakens trees, opens them up to infection from pests and pathogens, and can ultimately kill them. The images and footage in this blog come from various areas of England and Wales, and are just an example of the widespread damage being caused every year. 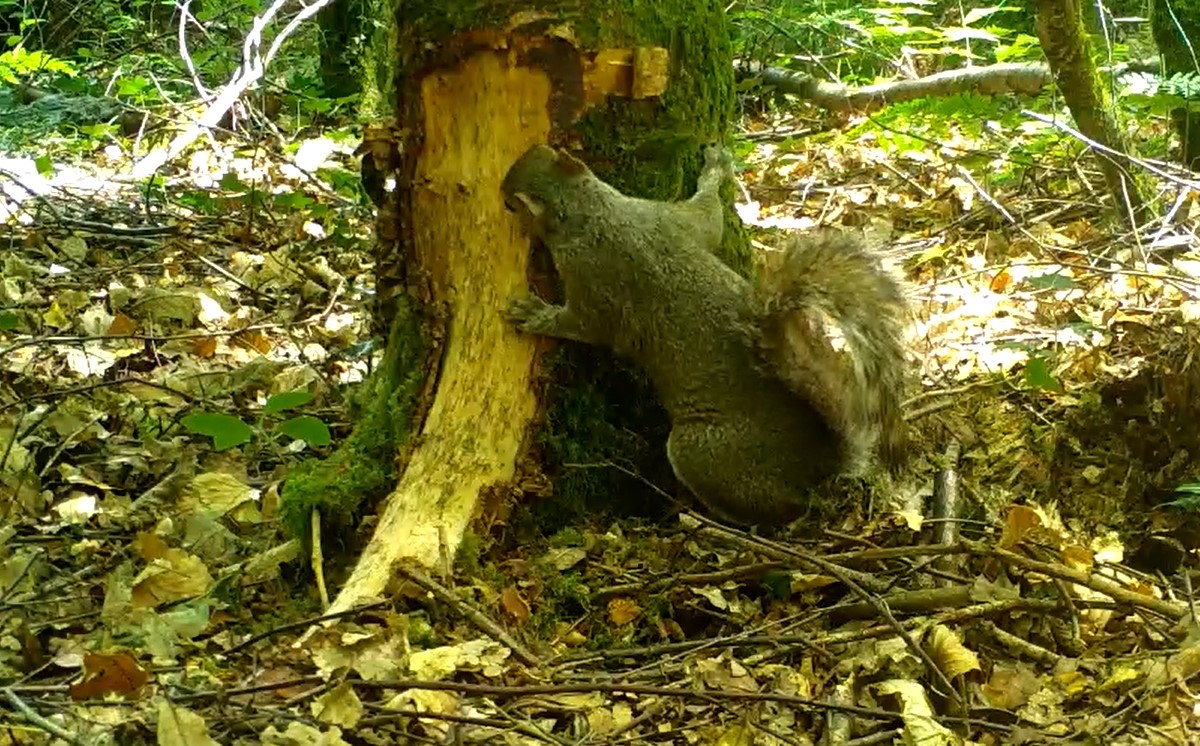 A recent report by UK Squirrel Accord signatories estimates the cost of grey squirrel damage to trees in England and Wales to be at least £37m a year in lost timber value, reduced carbon capture, damage mitigation, and trees to replace those that died due to grey squirrel bark stripping. The subsequent Royal Forestry Society survey of landowners and managers showed that grey squirrels are still seen as the greatest threat to broadleaf trees – above deer and pathogens.

Some tree species are more susceptible than others to grey squirrel damage. The table below was created by Graham Taylor MBE FICFor., Managing Director of Pryor &Rickett Silviculture and Chair of the European Squirrel Initiative. It identifies those tree species often found in the UK that are more or less vulnerable to grey squirrel bark stripping. Highlighting important trees such as our native oaks, which support more species than any other tree in the UK, as highly susceptible. 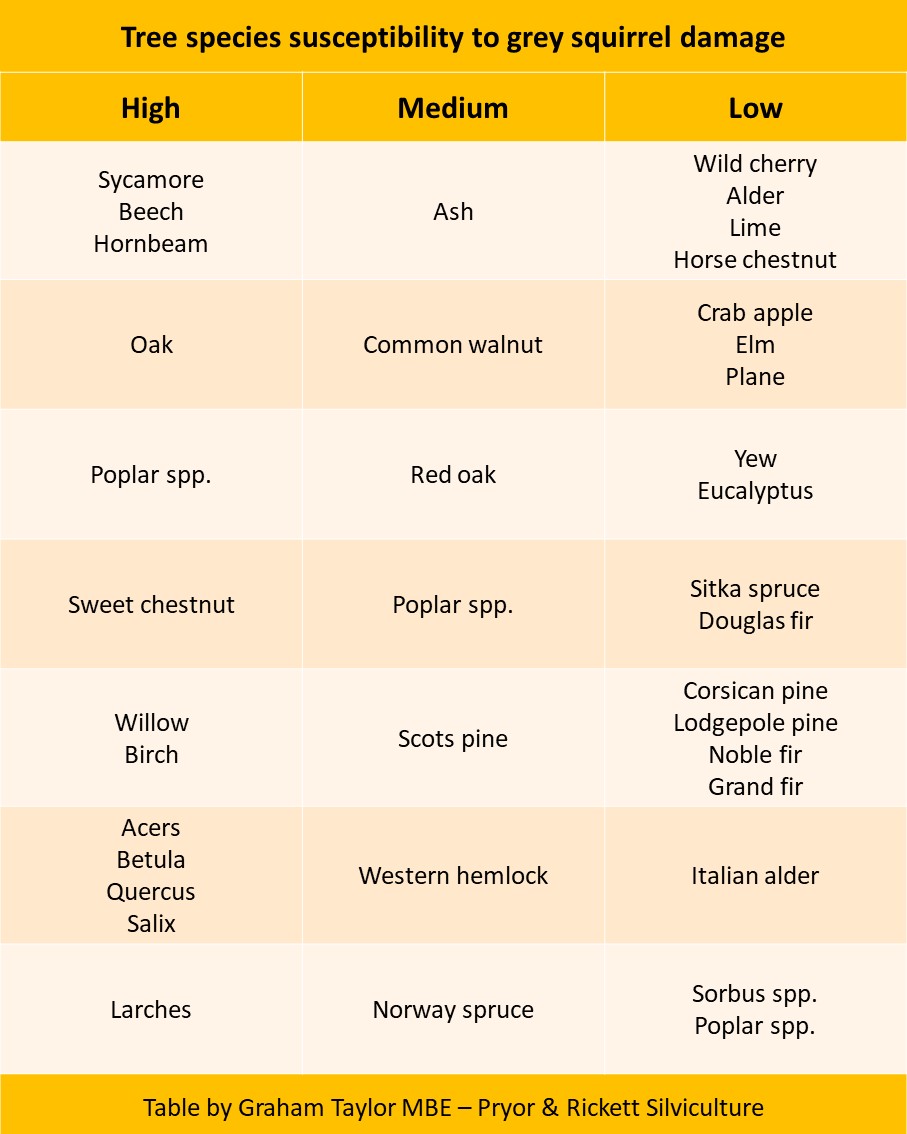 To identify grey squirrel damage, look for sections of bark ripped off younger trees that exposes the vulnerable tissues beneath. Grey squirrels start by stripping a small tester patch of bark from a tree. They can then return and strip the bark from all areas of the tree to access the phloem sap in the living tissues. Teeth marks can often be seen in the resulting damage and bark chippings found at the base of trees with fresh damage.

Last year we created a short film to highlight the issues bark stripping causes trees, which is available to watch below and with other videos via our YouTube channel. Woodland and wildlife experts look at issues and solutions to the problem. Thanks to the Forestry Focused Future, Knowledge Transfer Grant Scheme for funding this short film. Please share to raise awareness.

UK Squirrel Accord continues to collect photographs or video footage of bark stripping in action or any resulting damage. Please contact us and email evidence to info@squirrelaccord.uk with any credits or details you wish to be included, or use Wetransfer to send larger files. Thank you. 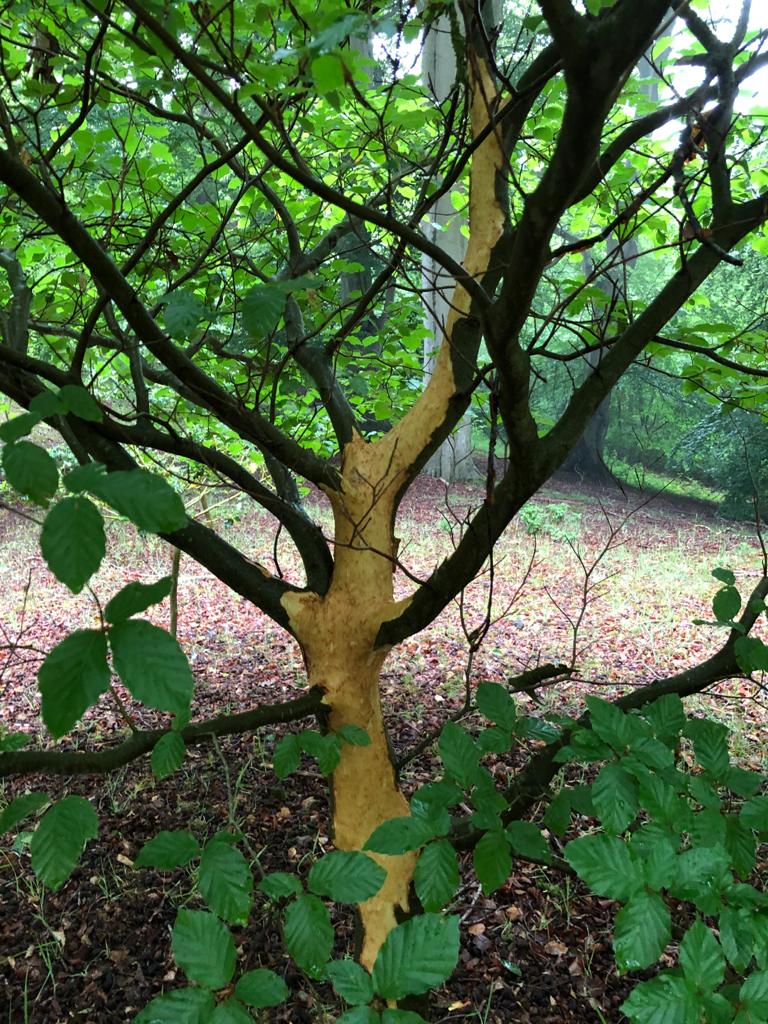