Red squirrels are an important part of the UK’s wildlife, but their future is under threat. On Red Squirrel Appreciation Day, 21 January, we look at the issue of ensuring their survival through invasive species management.

Introducing non-native species to areas of the world they would not naturally be able to reach is one of the biggest causes of biodiversity loss around the world. Invasive non-native species are among the top five threats to UK wildlife. It is important to note that not all non-native species have negative impacts, but around 10% of introduced species become invasive and cause serious environmental, economic and/or public health problems.

We are still introducing around ten new species each year into the UK, some of these are likely to become invasive. As climate change alters environmental conditions, species that were previously inert could find more favourable conditions that enable them to become invasive. We have upset the balance of nature and we must work together to find solutions.

While red squirrels are native to the UK the grey squirrel is not. Originally native to North America, grey squirrels were intentionally introduced to a number of sites in England and Ireland between 1876 and 1929 for ornamental purposes. After successfully establishing viable populations, they began to spread and cause issues, which resulted in the UK Government passing a law in 1937 prohibiting the importation and keeping of them.

Mammal Society estimates put the current grey squirrel population at over 2.7 million individuals and they are now widely spread in large areas of England, Wales, the Scottish Lowlands, Northern Ireland and Ireland, where they tend to live at higher densities than our red squirrels. This invasive non-native species causes declines and local extinctions of native red squirrels as it spreads across the UK and Ireland, outcompeting them for food and habitat and spreading deadly squirrel pox.

Thanks to the efforts of volunteers, groups, projects, partnerships and organisations we still have red squirrels in the UK to appreciate. However, their survival relies on the management of the invasive grey squirrel – a task not taken lightly by anyone involved. The plight of the red squirrel is a human-induced problem and many are working to find the best way to ensure our mistakes do not cause their extinction in the UK. 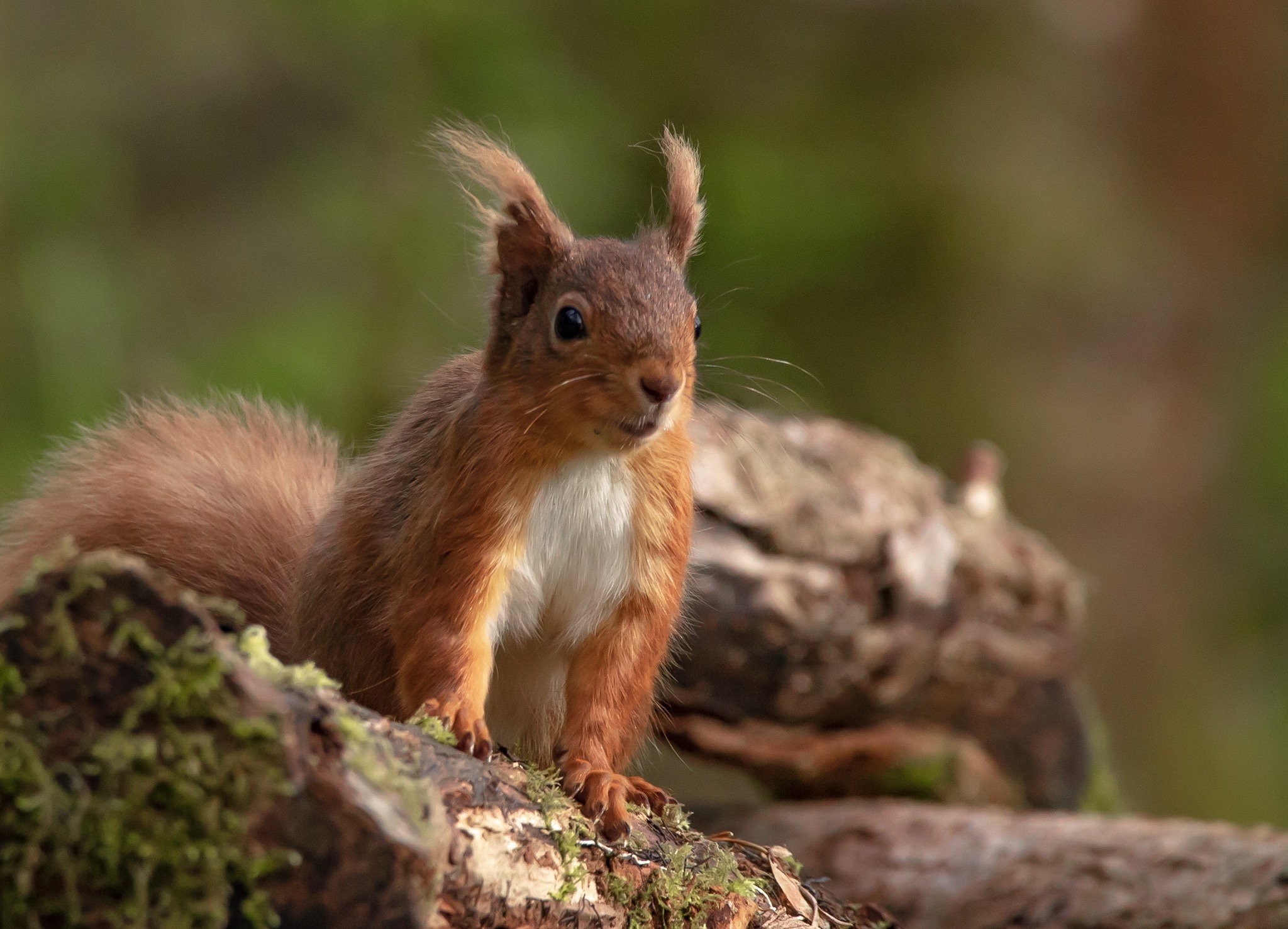 To save the UK’s red squirrel we need to stop the spread of the grey squirrel. Current legal management methods and best practice are outlined in the new Forest Research UK Forestry Standard Technical Note on controlling grey squirrels in forests and woodlands in the UK.

As a partnership, the UK Squirrel Accord is researching an oral contraceptive to reduce grey squirrel numbers in a humane and effective manner. We have recently started the third of the five-year project and our progress so far is outlined in this update blog. We still need to raise £250,000 to complete the research and donations are very welcome. Combining this with other methods may offer better opportunities for protecting red squirrels.

Pine martens could also play a role in reducing grey squirrel populations. Research is being done on the impacts of this predator as individuals move or are moved into areas of the UK where they previously became locally extinct. Although there are also concerns around potential impacts on red squirrels in areas where there are less healthy populations. More research is being done to develop a better understanding of these relationships.

Some say humans are the biggest invasive species on the planet. We can probably all accept that we do make mistakes, but that we also have the ability to fix the problems we cause. Hopefully by working together we can ensure red squirrels have a future in the UK for many years to come.